Brendan Bialy has been named a hero following his actions to help subdue two shooters at a Colorado school.

The shooting came one week after two people were killed and four others injured in a shooting at the University of North Carolina at Charlotte.

It was supposed to be a normal day for the students at Highlands Ranch STEM School in a Denver suburb, however students panicked when two shooters opened fire in the middle of classes on Tuesday. The tragic result, one dead and at least eight injured. At least three of the injured are still in the hospital.

Reports say two suspects, both students, are now in custody. During a morning press the Douglas County Sheriff’s Office identified the shooters as 18-year-old Devon Erickson, and the other is a juvenile female.

Sheriff Spurlock says the suspects were students at the school and entered the building through the middle school entrance. The school does not have metal detectors. 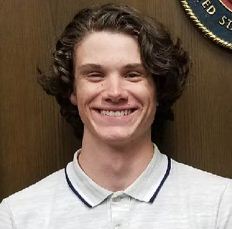 A number of students tried to stop the young shooters, Brendan Bialy is said to have tackled and disarmed one of them. Sadly another student, Kendrick Castillo, 18, died while lunging at a shooter.

Brendan Bialy is a senior honor’s student at Highlands Ranch STEM School, according to his father Brad, his son plans to become a Marine after graduation.

The U.S. Marine Corps said Brendan Bialy is a poolee in the Marine Corps Delayed Entry Program. Bialy joined the delayed entry program in July out of a recruiting substation in Parker. He is scheduled to go to recruit training in the summer.

Brendan Bialy’s father Brad Bialy is a Project Manager at Pro.com and is also the owner of a small business, ACME Woodworx, LLC. He holds a Bachelor of Science from Eastern Michigan University. Brendan has a younger brother named Nolan Bialy. The family resides in Castle Rock, Colorado.