Ryan’s girlfriend was found unconscious by a friend who called 911, however Bre was already beyond help. She was 26. Reports say she was hospitalized with swine flu and as also fighting meningitis. So far, no cause of death has been officially determined.

Bre Payton was a political journalist; a young conservative commentator and writer who was a frequent guest on Fox News and also appeared on MSNBC, CNN, NPR and BBC World News. The dark haired beauty wrote for The Federalist magazine –which she joined in 2015. Her staff bio stated that Payton had “written on subjects ranging from Kanye West to Supreme Court rulings, to 2016 and breaking news.”

The California native graduated from Patrick Henry College with a degree in political journalism. The Washington-based writer was in California this week guest hosting a show on the One America News Network, according to Fox News. 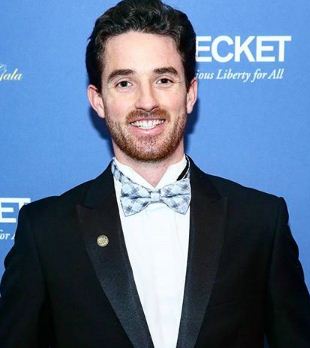 She is survived by her parents and four siblings; as well as boyfriend, Ryan Colby.

A day before her passing, Colby posted to his Instagram a photo of the couple, with a heartbreaking message, he wrote “Bre is the absolute light of my world. She’s in a coma right now and needs all the prayers and help she can get.”

According to his LinkedIn, Ryan Colby is a Media Relations Associate at Becket –a non-profit organization which he joined in 2014 following an internship with the Heritage Foundation. Ryan Colby attended the College of Charleston where he earned a B.A. in Communications and a minor in Political Science. Prior to Becket he did a summer internship at Fox News Channel and was a writer/photographer at Cisternyard Media.

We send our condolences to Ryan and the rest of Bre Payton’s loved ones.