Sean Burke is the businessman husband of TV personlity Braunwyn Windham-Burke -known as a cast-member of the Real Housewives of Orange County.

Sean’s wife is known as a busy mom and blogger who joined the cast of the hit Bravo series earlier this year. The 41-year-old who has spent her entire life as a housewife runs her own blog which is centered on all things motherhood.
She and she her husband are the proud parents of seven kids, twins Caden and Curran, Hazel, Koa Jacob, Rowan and Bella. 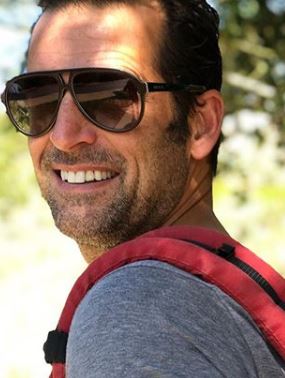 The mom of seven recently revealed she and her husband went through a rough time and even separated and were seeing other people. She said that, at the time she took the kids to Hawaii and left Sean. A few months later he quit his job and flew to Hawaii to win her back. Luckily the two were able to work things out.
Sean had to quit his job as the president of a successful company. He sold his shares and became a stay-at-home dad for several years.

Sean Burke who is described as a businessman and investor -is the founder and president of a business organization called ChannelStars, which is based in Newport Beach in California. ChannelStars is strategic planning, marketing, content, and video creation company that assists other companies to establish themselves in both virtual and physical blended environments.
He has been the company’s president for almost ten years now. According to his LinkedIn, he also served as the president of two other companies; California Green Information Technology (CGIT) and Kalotech.
In addition, he is a certified CompTia instructor and a board member of the Orange County School of the Arts.