Brad Joseph is the Cubs fan who insulted New Jersey Governor Chris Christie while at a Chicago Cubs game over the weekend.

According to reports, Brad Joseph yelled at Christie, calling him a a “hypocrite”  and also adding that Christie sucked.”

The politician who was enjoying a bowl of Nachos while watching the game, didn’t stay quiet and yelled back at Joseph calling him a “big shot” –which was caught on camera. 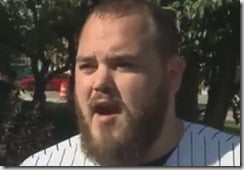 The incident took place at Miller Park over the Milwaukee Brewers, Chicago Cubs game. As it is known, Christie is a big baseball fan and his son currently works for the Brewers.

The governor’s popularity has surely been decreasing, a few weeks ago Christie was loudly booed at a Mets game after catching a foul ball and giving it to a child behind him. 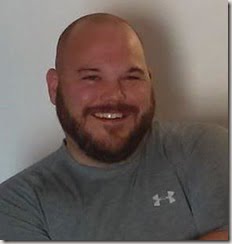 Joseph’s whose relative is WISN 12 NEWS reporter, Ben Hutchison, said in a statement

he called Christie a hypocrite after Christie passed him on the stairs. “He then turned around and walked all the way back towards me and got up in my face for what seemed like a long time, but was probably only about 30 seconds or a minute,”

“First he told me, ‘Why don’t you have another beer?’ which I thought was a decent come back, and I thought that was kind of funny,” “Then he started calling me a tough guy.”

The bearded fella said he called Christie “a hypocrite because I thought it needed to be said.”

“He is a public official and this is America and I think we have the right to say what you believe as long as it’s not crude or profane,” Joseph said.

Do you agree with Brad’s comments on Governor Christie? Comment below!