Russian Opposition leader Politician Boris Nemtsov was shot and killed while he was walking over bridge with Ukrainian model Anna Duritskaya. Nemtsov was married to his wife Raisa, mom of his eldest daughter. Would you like to meet the other girlfriends he once had and his children?

At the moment of his tragic death former Prime Minister Boris Nemtsov was dating 23-year-old model Anna Duriskaya, with whom he was walking with when he was gunned down just hours after he accused Putin of pushing Russia into a crisis through his ‘mad, aggressive and deadly policy of war against Ukraine’.

Nemtsov’s death came just days after he said he feared Vladimir Putin would have him killed, and a day before an anti-Putin protest and hours after saying Putin had pushed Russia into a crisis through his ‘mad, aggressive and deadly policy of war against Ukraine. 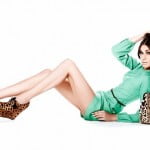 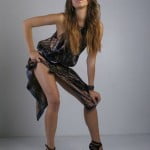 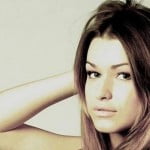 Model Anna Duritskaya was born in Kiev, Ukraine on November 27, 1991 media has been referring to Anna as Boris’ model girlfriend, however he was still married to his wife Raisa Ahmetovna Nemtsova the mother of one of his four children.

According to media Nemtsov became involved with different women, but he only got married once, to Raisa, 55,  who he met when he was still a student and she was a librarian, she is the mother of his eldest daughter Zhanna Nemtsova, 30, now a journalist. 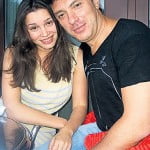 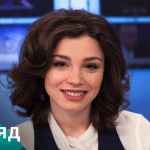 Boris dated journalist Catherine Odintsov, with her he had two more children 19-year-old son Anton and 12-year-old girl Dina. He also dated Irina Korolev, she worked for many years in the Russian presidential administration and gave birth in 2004 to his daughter Sophia Nemtsovla.