Walnita Decuir-Hatch is the proud wife of rapper Torrence Hatch -whom you might know best as Lil Boosie or Boosie Badazz.

Walnita’s hubby was born on November 14, 1982 right in Baton Rouge, Louisiana. He got his first break when he appeared on one of C-Loc’s records.
Boosie Badazz later gained fame for his 2009 album Superbad: The Return of Boosie Bad Azz & Bad Azz as well as his prison reputation.
In 2015 the album Touch Down 2 -which reach to #2 on the US Rap as well as on the US R&B charts and too #3 on the Billboard 200 chart.
A few of his sucessful singles include “Zoom”, “Wipe Me Down”, “Better Believe It”, “Show Da World”.

He’s been married to longtime girlfriend, Walnita Decuir for several years. The couple has certainly had a rocky history. Boosie allegedly left Walnita when she smuggled drugs into jail for him, he got caught, and she made a statement that ended up landing him 18 more months.

It was also known that Boosie cheated on her with Deiondra Sanders and allegedly even had a kid together. In fact, It is reported that Boosie has a total of eight children born to four different mothers. 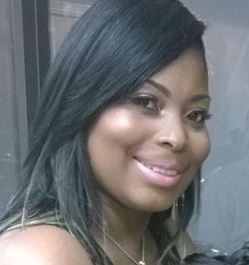 Walnita Decuir-Hatch who also goes by Nita Decuir -made headlines when in 2014, it was reported she wrote a book titled “When The Music Stops”
In her book, she talks about her life dating a man who was the biggest entertainer in their city of Baton Rouge, having to deal with a lot of jealousy and hate, going to jail for him and eventually facing the ultimate betrayal — When her husband “Bae” leaves her for Gianna Anderson (Deiondra Sanders),daughter of NFL star Gene Anderson (Deion Sanders).
The book is clearly Walnita’s side of what went down, it is based on her entire life. Walnita Decuir is also the author of When the music stops 2.

In addition to being an author, Walnita and her hubby’s other baby mamas actually teamed up to start a reality show chartering their life and about their unusual friendship back in 2017.