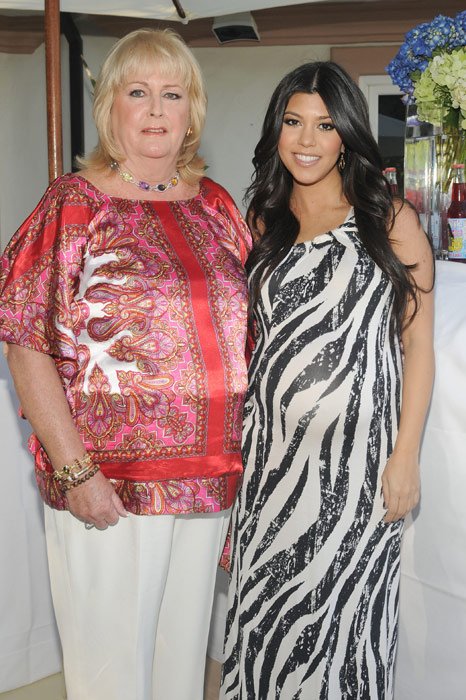 Bonnie Disick, mother of Scott and grandmother of Mason and Penelope, passed away last week, on October 28, following a long illness. She was sixty three. Kourtney and Scott had been in New York for some days previous to this, so apparently they knew she was near the end.

It is especially hard for Scott as he is an only child. No wonder he was attracted to the huge Kardashian Jenner clan. Although Scott was very close to his mom, and Kourtney was said to have developed a close bond with Scott’s parents as part of his battles with alcohol abuse. His girlfriend’s family were said to not have been closeto his at all. In fact at one time there were rumors that they outright didn’t like each other. But of course that is all behind now, and they are all saddened by the news.

Bonnie, who was 63, is also survived by her husband Jeff. Jeff was arrested last year for allegedly stealing money from a Long Island bank, around $3,000.00.He paid a fine and did 140 hours of community service.

Koourtney and Scott, who have been together since 2006, attended the funeral service, but no one else from her family was there. It was a small affair.

Our sympathy goes out to Scott , Kourtney and their kids.