We are sadden to hear about another death close to basketball player Lamar Odom! 30-year-old Bobby Heyward lost his life to a drug overdose on June 20th, reports say.

Just a few days ago we told you about Lamar losing long time friend Jamie Sangouthai and now writer and producer Bobby Heyward has also passed away to an alleged drug overdose. 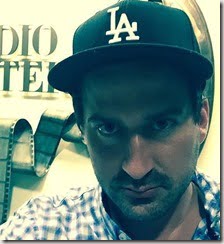 Heyward’s last post on Instagram was precisely paying tribute to Sangouthai, he posted the photo below and captioned: “bobbyheyward#RIP To my big brother Jamie who always brought light into any room he walked into and laughter as well at all times J you will always be missed. Family for life. #BandOfBrothers #tbt” 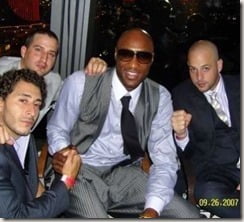 According to his LinkedIn, Bobby –who lived in Malibu –worked in the Tech and entertainment industry, he attended Boston University and studied communication from 2002 – 2006.

For over a year he worked at A&E Television Networks listed as Creator/Producer of “Sons Of Hollwood” From 2010-2011 he was an Associate Producer for “America’s Next Top Model” From 2012-2013 he was a producer at Bunim Murray Productions. Most recently he is listed as the CEO of Bigg City Bourre LLC.

According to Mail Online, Bobby’s father is 66-year-old Andy Heyward who was the former CEO of animation production company DIC Entertainment.

We did some digging on Heyward and apparently it seems like he could have been in a relationship with a pretty chick by the name of Roxanne Kapinos.