This lovely girl is Rachael Finley, she is the wife, well actually soon-to-be ex-wife of actor Blake Anderson; one of the comedians of Comedy Central’s series Workaholics. According to TMZ, Finley filed for divorce from her husband of almost five years, citing irreconcilable differences.

TMZ reported that Blake and Rachael are heading to an amicable divorce, the most important to both parties is the well-being of the couple’s young daughter. The same source added Finley and Anderson have been separated for almost six months. 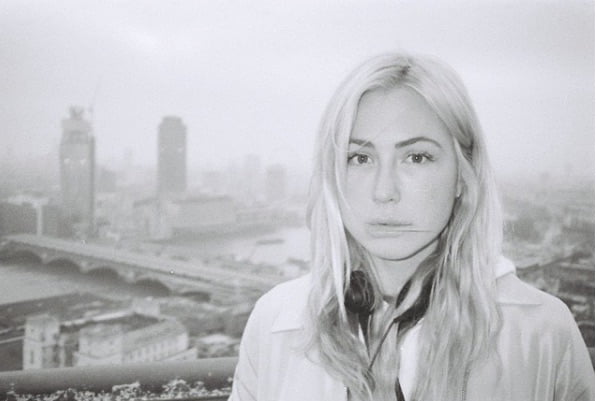 Rachael Finley also known as Steak Anderson the nickname that she got from her college years when according to her she was a poor, stubborn college- aged kid who refused to take handouts from my family, so to feed her properly they started shipping me Omaha steaks, the steaks literally took all the space in her fridge, so they started calling her steak.

Rachael was born on July 22, 1986. She met Blake at a bar and eventually marry him on September 7, 2012.  They welcomed their daughter Mars Ilah Anderson in February 2014.

Finley’s clothing line was born around the time of her cancer diagnosis in 2011. She said, that she was depressed about being sick and Blake asked her to make him some t-shirts for to wear at his show. Finley’s insane t-shirts, later became a profitable business, called Teenage. They later launched their second line Hot Lava, Mars Ilah Anderson