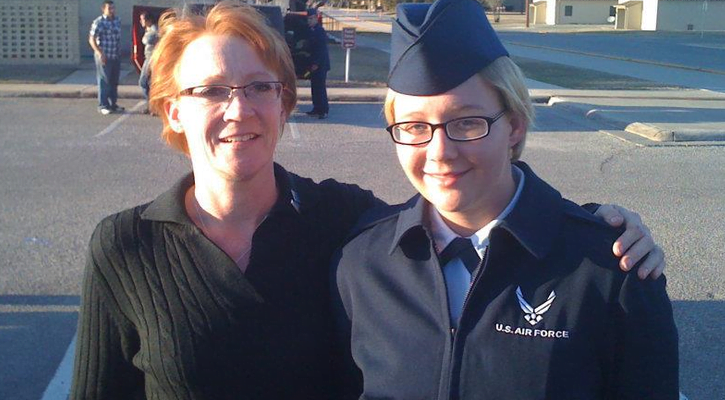 Billie Winner-Davis is the mother of Reality Winner, the 25-year-old multi-lingual veteran and National Security Agency (NSA) contractor who was arrested for allegedly leaking top docs to the Intercept.

Reality Winner, from Texas, was an Air Force linguist who studied Pashto, Farsi & Dari; she was a contractor with Pluribus International Corporation on February 13, was assigned to a government agency facility in Georgia where she had top secret clearance.

Her mom added that Reality Leigh is an athletic young woman, who excelled in academics and tennis. She graduated from H.M. King in Kingsville, before joining the military in January 2013, was an airman first class with the 94th Intelligence Squadron at Fort Meade, Maryland. She left the U.S Air Force this February.

Billie said her daughter never talked about her work, and although they spoke every night on the spoke, their conversations weren’t work related. She has no idea the reason for the arrest.

No Idea of Reality’s Work

“She didn’t really share details of her work, I knew it was secretive.”

“I don’t know what they’re alleging,” she said, asking for specifics from the DOJ’s press release. “What do you know?”

Winner-Davis said the allegations against her daughter were vague when they spoke Sunday.

“I don’t know who she might have sent it to,” she said. “[DOJ] were very vague. They said she mishandled and released documents that she shouldn’t have, but we had no idea what it pertained to or who.”

The most her daughter talked about was her pets.

“She called us yesterday night. She asked if we could help out with relocating her cat and dog,” Winner-Davis said.

Mrs. Winner-Davis said she knew her daughter didn’t like President Trump, didn’t vote for him and wasn’t shy about speaking her mind about it.

“She disagrees with him and didn’t vote for him,” said Reality Winner’s mother Billie Winner-Davis.

Billie said she fears her daughter won’t get a fair trial, check her in the video below with Anderson Cooper.