Maggie’s daughter was just awarded New Artist of the Year at this year’s American Music Awards.
Since antering the music industry 17-year-old Billie -gained attention as a teenager for tracks like “Fingers Crossed” and “Ocean Eyes.” In July 2017, she released her debut EP Don’t Smile At Me. Her debut album, When We All Fall Asleep, Where Do We Go?, was released in March 2019.
Born and raised in Los Angeles on December 18, 2001; she has since won three MTV Video Music Awards in 2019, including Best New Artist. Her single “Bad Guy” became her first #1 hit in the U.S.

In addition to Billie, Maggie Baird and fellow actor husband, Patrick O’Connell -are also parents to another singer/artist son, Finneas O’Connell -who is also a producer from the band The Slightlys. 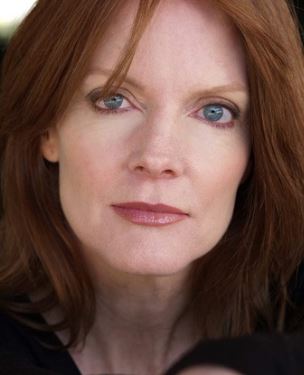 Maggie Baird and husband Patrick O’Connell are both entertainers. Maggie Baird was born on March 30, 1959. The actress, mother and wife was born in Colorado but moved to New York city in pursuit of a an acting career.
She made her acting debut on the soap opera Another World in 1981. She was later a member of the comedy troupe The Groundlings.
She was cast in a play that took her to Anchorage, Alaska. There she met her husband, Patrick, who was also a member of the cast.
The couple moved to Los Angeles, after touring in a play that took them there. Maggie became a member of the comedy troupe The Groundlings. While at The Groundlings Theatre she also wrote her own material and taught.

As an actress she has had small roles on shows like Bones, The West Wing and Curb Your Enthusiasm. She is also a voice actress who has lent her voice to such video games as Saints Row 2 (2008), Mass Effect 3 (2012) and Lightning Returns: Final Fantasy XIII (2013).
In addition to acting Maggie Baird is also passionate about writing music. She has been described as a country musician and in 2009, she released the album We Sail.