Chiara De Blasio is the lovely daughter of politician Bill De Blasio -best known as the current Mayor of New York since 2014.

24-year-old Chiara is well known as the daughter of her father who previously served as the New York City Public Advocate and New York City Councilmember representing Brooklyn.

However, she is now also making headlines of her own. Chiara made headlines after it was reported that last year, she used her father’s security detail to move her belongings from an apartment in Brooklyn to Gracie Mansion.

Chiara is also known for being candid about her personal story in a 2014 video -in which she shared her struggle with depression and substance abuse.

Chiara has spoken to school groups around the city, urging young people to seek out help for mental health issues. In 2014, she accepted an award from the health and human services secretary, Kathleen Sebelius, for her outreach work. This led her to become the Face of Youth Counseling Initiative in 2015. 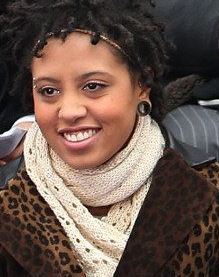 Chiara De Blasio was born on December 6, 1994 -the daughter of Bill’s wife, Chirlane McCray. Her mother was two months pregnant with Chiara when she married de Blasio in 1994. She has a younger brother who goes by the name of Dante.

Chiara who has spoken openly about her struggles with substance abuse and with depression -attended The Beacon School from 2008 until 2012. She subsequently graduated from Santa Clara University with a Bachelor’s Degree in Sociology.

According to her LinkedIn, she was an Outreach Intern at the Mayor’s Office to Combat Domestic Violence in 2014. She was later an Adolescent Health Center Intern at Mount Sinai Health System. While attending college she was a student assistant at Santa Clara University.

She is currently listed as a Program Coordinator of Feminists for Justice at Santa Clara Community Action Program.