Andy West is a writer and reality star who is known for appearing in Channel 5’s Big Brother.

West is now making headlines for a whole different story. In a bizarre twist and amid Sri Lanka bombings tragedy, the blonde reality star urged fans ‘not to send prayers’ to the attack’s victims.

As it is to be imagines, his comments have sparked fury and outrage from social media users.

Andy, who appeared in the 2016 series of the Channel 5 reality series, spoke out in the wake of devastating terror attacks on Easter Sunday that claimed the lives of over 300 people.

The former Big Brother contestant managed to send out into the world the odd tweet by claiming that he has seen ‘Western Christian missionaries acting unscrupulously’ –as an excuse for his comments. His tweet reads in part

“There is no excuse for terror attacks against innocent people but as a journalist I saw Western Christian missionaries unscrupulously converting Buddhist orphans for food and shelter after the Asian tsunami. Don’t send your prayers.[sic]”

“So prayers aren’t needed. In fact prayers are proven beyond doubt to have no effect. What might help, however, is ending the Western campaign to convert people of other religions in exchange for charity.” 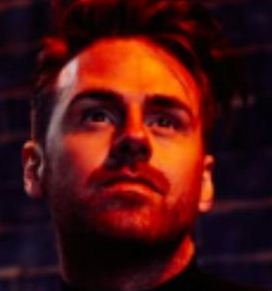 Before his stint in the Big Brother house, West worked as a reporter for BBC. The 34-year-old was born in Northampton, raised in Milton Keynes.

He made a controversial exit from BBC after he allegedly refused to remove boxer Tyson Fury from the Sports Personality of the Year shortlist.

During his time in the BB house, Andy West actually got engaged after his then boyfriend Ed, made a surprise appearance and proposed. However, after leaving the show it was reported West discovered his husband-to-be had cheated and the pair broke up.