Debra’s iconic husband is said to be retiring after almost 50 years as a key part of America’s most well-known children’s television show. Caroll who is 84-years-old became famous for providing the voices for Sesame Street’s Big Bird and Oscar the Grouch. He is also a cartoonist, author and speaker.

Born Caroll Edwin Spinney on December 26, 1933; the Waltham, Massachusetts native served in the United States Air Force, where he used the pseudonym Ed Spinney for his comic strip creations.

Caroll Spinney has performed Big Bird and Oscar on Sesame Street since the show’s inception in 1969. Prior to that, he performed on Bozo’s Big Top in Boston for ten years.

In addition to puppeting, Caroll has been drawing and painting since he was a child. He has drawn comic strips, been an animator, sketched portraits, illustrated books, designed training aids for the Air Force and painted for his own pleasure.

Some of the highlights of Caroll’s career include: international appearances in China, Japan, Australia, and Europe; several visits to the White House; and winning four Emmys, two Grammys, a star on the Hollywood Walk of Fame, and the Library of Congress’s Living Legend award. 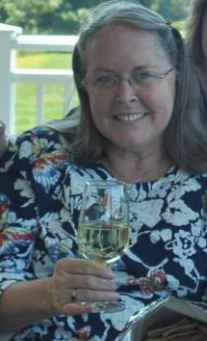 He and wife Debra, have been married for nearly four decades.

Debra was born Debra Jean Gilroy on January 11, 1951; the Qeens, New York City native is described as her husband’s primary inspiration in life during a 2015 interview.

The two have been married since June 4, 1979. She is actually his second wife. He welcomed three children with first wife, Janice Spinney. They were married from 1960 until 1971.

According to her IMDb, Debra Spinney worked directly on the 2014 project, I Am Big Bird: The Caroll Spinney Story.

During their marriage, Debra Spinney became a stepmother to Caroll’s three kids. They are also proud grandparents to four grandkids. The couple lives in New England.