Alaina Meyer is the beautiful lady currently in a relationship with TV star, Johnny Galecki.

Alaina’s beau was born April 30, 1975 in Belgium, however he was raised in Oak Park, Illinois by a marriage councilor mother and a rehabilitation instructor father. He has two siblings, a brother Nick and sister, Allison.

He made his acting debut at age 12 in the 1987 mini-series Murder Ordained. He is best known for his role as Leonard Hofstadter on the CBS sitcom The Big Bang Theory and as David Healy on hit sitcom Roseanne.

Johnny has also appeared as Rusty Griswold in the 1989 film National Lampoon’s Christmas Vacation and, in 2011, he made a guest appearance on Entourage as himself.

As for his love life, he was in a relationship with actress Kelli Garner in 2011, but the couple split in 2014. He was dated his Big Bang Theory co-star and love interest, Kaley Cuoco, for two years while on the show. 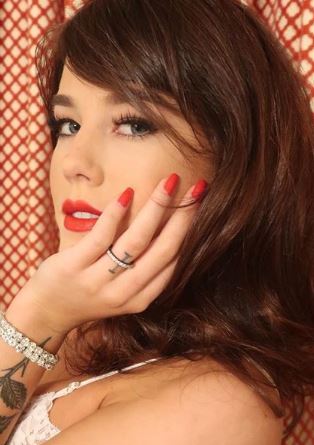 In 2018, he began dating Alaina Meyer. He and Alaina are currently expecting their first child together, a baby boy. The lovely Alaina Meyer and Galecki first went public with their relationship in September but is not exactly clear when they first began dating.

Since then, the two have travelled together, got each other tattoos and Alaina even had the chance to visit her man on set before the final season of The Big Bang Theory wrapped last year.

Alaina Meyer was born February 2, 1997; the California native is the daughter of former member of the U.S. Army Special Forces, John Stryker Meyer. According to his Amazon page, John Stryker Meyer has written three books about his experience in the Vietnam War as a Green Beret.  Meyer has posted pictures of her and her father on Instagram calling him “my everything.” Alaina is often described as a model.