Rainè Riggs was known as the daughter-in-law of longtime Senator and 2020 Democratic presidential candidate, Bernie Sanders.

Raine who was married to Bernie’s son Levi, sadly died on October 5th, after loosing her battle to cancer. Just two days before she had been diagnosed with neuroendocrine cancer.
She is survived by her parents, her husband, their three children and a sister. 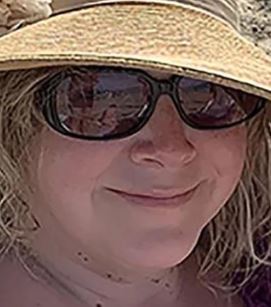 Dr. Rainè Riggs, a neuropsychologist and served as the director of behavioral medicine at Dartmouth Medical School & started the Palliative Care Department. Riggs is also credited with starting the Palliative Care Department for Dartmouth Medical Center. In addition, she owned Riggs Geriatric Psychology in Windsor, Vermont, and spent time volunteering with homeless veterans, pediatric hospice and at Ground Zero in the aftermath of 9/11.

She met Levi Sanders while the two worked at an emergency food shelter in Vermont. Following their marriage, the couple adopted three children, Sunnee, Ryleigh and Grayson, from China.
Rainè kept a low profile, however, she was seen at a number of political events to support both her husband and father-in-law.
According to the obituary, the mother, spouse and professional, had fallen ill three weeks before her death, but doctors had been “stumped” as to what was wrong with her. She was eventually diagnosed with neuroendocrine cancer at the University of Pittsburgh Medical Center. Her obituary goes on to say, Raine Rigg’s last moment was spent with her mother, holding her hand and whispering in her ear how much she loved her.