Benjamin Mascolo is the new boyfriend of actress, model and singer Bella Thorne.

21-year-old Thorne who is bisexual has been in a string of romances in the past. Most, recently she simultaneously dated Derek Smith aka Mod Sun, and Tana Mongeau.

But last April the Disney Channel alum was seen for the first time with her new man, Italian stud, Benjamin Mascolo. The two were apparently caught sharing a kiss during an outing in San Diego.

But Benjamin Mascolo isn’t just a pretty face, he happens to be a talented one too! The 25-year-old is half of the Italian music duo, Benji & Fede. One thing is for sure though, he is being put on the map thanks to his association to Thorne. 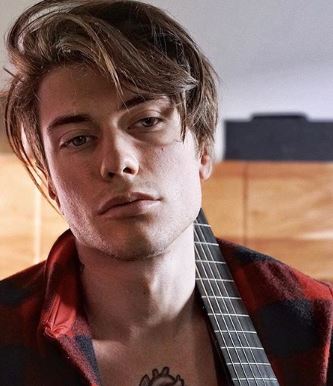 Born June 20, 1993 in Modena, Italy; Benjamin moved around as a child due to his parents. In fact, he even attended school in Australia for a while.

Drawn to music as a child, he joined forces with youth friend Federico Rossi and together began posting songs to his YouTube in May of 2008. The pair gained fame posting covers of popular songs to their joint YouTube channel as well as to their own personal YouTube channels.

Their first album was titled 20.05 -a reference to the exact time the two connected on social media.

His taste in music varies, while his favorite song is Iris by the Go Go Dolls, Benjamin is also a huge fan of Ed Sheeran. In addition to music he has also appeared on TV as a judge on X Factor Italy. Benjamin who loves tattoos and has a few on him, has also launched a fashion and line. Furthermore, he also has on the market his own collection of phone cases.

Not much is known about Benjamin’s love life, but this certainly is the first long-distance relationship for both Bella and him, since he resides in Italy. Will they last?