Barry Herridge is the husband of Irish singer-songwriter, Sinead O’Connor. It is unknown if he was the person who called to report his wife is missing in Chicago’s north suburbs.

O’Connor, whose biggest hit was a 1990 reworking of the Prince song “Nothing Compares 2 U,” is said to have gone on a bike ride Sunday at 6 a.m. and did not return.

Wilmette police confirmed a caller asked for authorities to check on O’Connor’s well-being.

With her signature shaved head, Sinead began her music career when she was discovered by a local drummer. While performing with a Dublin band called Ton Ton Macoute, O’Connor caught the attention of the two owner-managers of a small London record label called Ensign Records. Ensign released her debut album, The Lion and the Cobra, late in 1987.

Sinead has recorded 10 solo albums but has also made headlines with controversial outbursts throughout her career.

In 1992, she ripped apart a photo of Pope John Paul II during a live television broadcast and has been a strong critic of the Catholic Church over its handling of the child abuse scandal.

She said in 2012 that she had suffered a “very serious breakdown” when she cancelled a world tour. She has not released an album since 2000.

The Dublin born, is currently being sued by comedian Arsenio Hall, after she publicly claimed he had supplied drugs to Prince, who died last month. 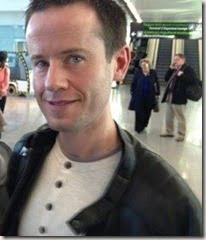 42-year-old Barry Herridge was born in Ireland, he is a therapist by profession. His wife has been married three previous times. Her first husband, music producer John Reynolds, co-produced several of her albums and is the father of her first son, Jake. She and Reynolds were married from 1987 until 1991.

In mid-2001, O’Connor wed British journalist Nick Sommerlad, becoming her second husband. The couple tied the knot in a secret ceremony in the summer of 2001. But this union did not last. The pair soon split up. In 2010 she married friend and frequent collaborator Steve Cooney, but the union didn’t last. The pair called it quits the following spring.

She is also the mother of daughter Roisin, from her relationship with Irish journalist John Waters.

She then gave birth to her third child, son Shane, with musician Donal Lunny. She became a mother for the fourth time in 2006, after giving birth to son, Yeshua Francis Neil Bonadio, whose father is Frank Bonadio. 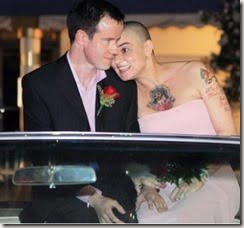 She married fourth and current hubby, Barry Herridge on December 9, 2011 in Las Vegas after meeting through the internet. Barry responded to a plea by unlucky-in-love Sinead asking for potential suitors to come forward.

About two weeks later  after their wedding, the singer announced in an open letter they had decided to separate and revealed they had only been together for 7-days.

However the couple remains together till this day despite the missive. Sinead herself announced the following week they had been reunited.