Jason Kass is the husband of journalist, Bari Weiss –who is currently employed by The New York Times.

Jason’s wife has found herself at the center of scandals a few weeks ago after she was criticized for questioning whether assault accusations should disqualify Judge Brett Kavanaugh from serving on the Supreme Court.

Most recently, Bari penned a joint op-ed with former media enemies, leftist Vice blogger Eve Peyser. In it, she tells the story of they occasionally beefed on Twitter, only to meet in person at a conference and become friends.

Bari is a native of Pittsburgh and graduated from Columbia University in 2007. She is currently listed as an Op-Ed staff editor and writer. She writes about culture and politics. Bari was an op-ed and book review editor at The Wall Street Journal before joining the Times in 2017.

She has also worked at Tablet, the online magazine of Jewish politics and culture. 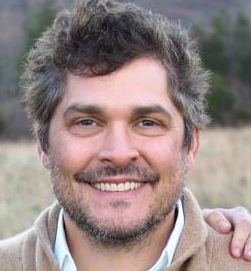 Weiss is happily married to Jason Kass, the founder of Toilets for People. The two have been married since 2013.

Kass who is an engineer by profession, founded the social enterprise Toilets for People in 2012 and he serves as its president. He has expertise in water and sanitation engineering and design and has worked for 15 years as an environmental engineer.

His career has included positions in large and small consulting firms and city agencies. Through Rotary International and Engineers Without Borders-USA, Jason has traveled to communities in Peru, El Salvador and Haiti to design and install water and sanitation infrastructure.

Since 2012, he is also listed as a contributing editor for Engineering for Change, LLC.

Bari Weiss and her husband currently reside in Brooklyn.