Barbara’s younger brother is said to have died in April while vacationing in the Dominican Republic.

Barbara recently opened up about her brother’s death telling media John died of an alleged heart attack in April while vacationing in the Dominican Republic. Her brother is added to the list of at least three other American tourists who have died recently on the island.

The mogul added John Corcoran had a wonderful personality and that he had been great on TV. 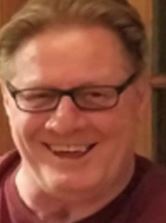 Barbara was told her brother died of a heart attack but she said she doesn’t believe an autopsy was performed on John’s body.

John a New Jersey resident was a retired business owner and was on his yearly vacation – apparently, he vacationed in the Dominican Republic every year -accompanied by a friend. It was John’s friend who found him dead in his hotel room. He was in his 60’s.

It’s not yet clear where was John Corcoran staying exactly in the Dominican Republic. It is also unknown if he had any prior health issues that may have contributed to his sudden passing.

John Corcoran was the owner of Statewide Roofing and Siding in Edgewater, New Jersey. Three years ago, John escaped death following a motorcycle accident that left him with five crushed vertebrae, 18 broken ribs, and lungs that were filled with blood. He was paralyzed, having lost all function in his legs and bladder control.

John underwent emergency surgery to reconstruct his spine. And ended up spending seven weeks in the hospital followed by two weeks in rehab before returning home.