Craig and Barbara tied the knot over the weekend in a super intimate ceremony where only 20 family members were invited. 36-year-old Barbara, who is a highly private person, only told People about the relationship “It’s just been a very sweet romance”

She also added the couple had a long-distance relationship since she is based in NY while Coyne has been working in Los Angeles. Barbara happens to be the CEO of the health equity organization Global Health Corps.

But who is the newest member of the Bush family? You’ve probably know everything about the former first daughter but you may be surprised about her now husband’s profession.

Though Barbara is a private gal, she may have to step out of her comfort zone for future red carpet events. 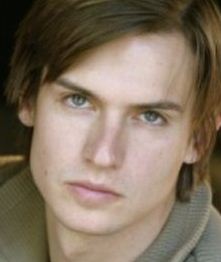 37-year-old Craig Louis Coyne is an actor and screenwriter.

Coyne met his now wife on a blind date about a year ago and proposed over the summer in Kennebunkport, Maine –the same place where their wedding took place and also the spot where George H.W. Bush and Barbara Bush got engaged.

Coyne, an Atlanta native attended Vanderbilt University in Nashville. Prior to his career in entertainment, he served as a Page in the U.S. House of Representatives. He later moved to LA to pursue his acting dreams.

He has appeared in several films and shows, perhaps most notably the feature hit “Jarhead.” Other film credist include “The Snowtown Murders,” “Look at Me,” and the early hit web series “Lonelygirl15,” according to IMDb.

In recent years, he has centered his focus on comedy writing. He is the man behind Doin’ Good, a live action half hour, at Comedy Central. Craig Coyne also wrote a play called “Delusions of Grammar,” and was involved in production on several projects. He is represented by Independent Talent.