Hannah Goldstein was the musician wife of Brit music composer, Jonathan Goldstein; the two tragically died in an airline accident over the weekend alongside their baby daughter.

Hannah’s husband was a composer of music for film, television, advertising, theatre and live events. According to reports, the couple’s plane crashed in the Swiss Alps and burst into flames on Sunday. The couple’s young daughter was also killed in the tragedy.

Jonathan’s work encompasses a range of contemporary classical styles with orchestral, jazz, electro-acoustic and world influences.
He studied music at Birmingham University and began his career in theatre at the Royal Shakespeare Company and Royal National Theatre. Later, he began his screen career assisting on important film scores and orchestrations including Cape Fear, directed by Martin Scorcese, and landmark re-orchestrations of classic film scores including Taxi Driver, performed by the Royal Philharmonic Orchestra. His Xmas hit, Magical Moments, reached No 1 in the Official Classical Charts in 2013. He served as director and the former Chair of PCAM (the Society for Producer and Composers of Applied Music).
50-year-old Jonathan was also the founder and creative director at Goldstein Music Group -a full-service music production agency in London with unrivalled expertise in all aspects of music composition, music supervision and sound branding. 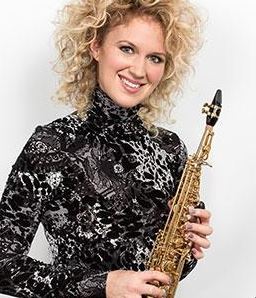 36-year-old Hannah Goldstein born Hannah Marcinowicz -was a renowned musician. She is described as a brilliant saxophonist who made her Wigmore Hall debut in 2008. According to her website, she performed as a soloist at venues including the Royal Albert Hall, Royal Festival Hall, Queen Elizabeth Hall and Barbican Centre to great critical acclaim.

The lovely blonde and mother of one is also remembered as a regular performer at the BBC Proms, she has appeared as a featured soloist under Sir Colin Davis and Paul Daniel. Her international performances include concertos and recitals in the Middle East and Far East. She also appeared as a guest soloist with the European Union Chamber Orchestra.

Hannah and her husband often collaborated together. They had been married since 2016 and had welcomed a daughter -whom they named Saskia -earlier this year. The two were keen aviators and the cause of the crash remains under investigation.