Avi Rothman is the hot new boyfriend of actress, comedian, writer and producer Kristen Wiig. However, these two are not only dating, they are also engaged!

It was pretty shocking to see the typically private actress in the middle of a romantic kiss with Avi Rothman while the couple enjoys their vacay in Kauai, Hawaii. According to People, the couple has been secretly dating for months.

Kristen was previously married to Hayes Hargrove from 2005 until their divorce in 2009. She previously dated Strokes drummer Fabrizio Moretti a few years ago. The funny lady has yet to confirm the news of having a new man; but the recent snaps need no more explanation.

But we know enough of Kristen, let’s talk about now of her younger guy, Avi Rothman. 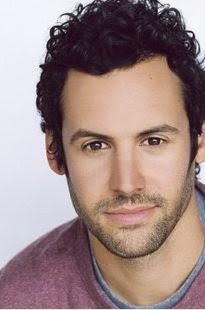 According to morethanstores.com, Rothman is an actor, writer and photographer based in L.A. He co-founded the website which features a number of stores he finds interesting.

Rothman has typically performed in short films and TV movies, several of which he has written and produced himself. Besides “Inappropriate Yoga Guy,” Rothman has written and starred in several other web series, including “The Seth & Avi Show,” “Gay Roommates,” and “Modern Day Jesus.”

His most recent project was Hello Charles, a short about an adult who gets a visit from his imaginary childhood friend.

Avi Rothman and Kristen seem to have lots in common, they both are extremely private about their personal life;  Avi, like his gal, can make people laugh. According to eonline, he as starred in a host of comedies. It is not clear how or when the couple met but there is a chance they met when they both trained at the Groundlings theater.

According to the New York Post, the actress was wearing an engagement ring on her hand at an event in May, but neither Avi or Kristen said anything about it.