Howard’s ex-wife spent three years hosting Legal View with Ashleigh Banfield on CNN, the sister network of HLN, prior to her current gig which she took on in 2016. The Canadian born holds a bachelor’s degree in political studies and French from Queen’s University.

Over her decade long career, she has covered breaking news from across the country and around the globe.

Off the screen, she’s been married twice and is the mother of two children. Howard and Banfield had been married for a number of years prior to their divorce. The two share two young children together, Fischer and Ridley.

She recently tied the knot for a second time to Chris Haynor, whom she dated for three years prior to their December 2017 nuptials. The two had been engaged since October 2016. 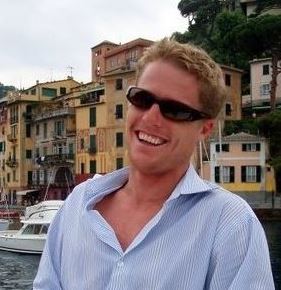 Getting back to her first hubby, Mr. Gould, is also a successful fella in his own field. He is a financier and a frequent environmental commentator on CNN and Fox News. His great-grandfather was railroad developer, Jay Gould.

He met Ashleigh in 2002 and were married in 2004 aboard a wooden yacht in Canada. 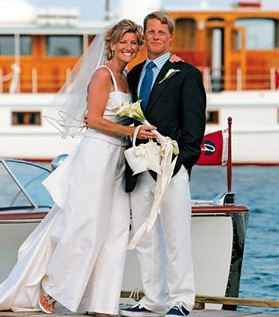 According to Bloomberg, Howard Gould currently serves as the President of 90 North Capital LLC; he is also the founder of Equator LLC and Tundra Capital Partners. He previously served as a Director of Business Development at Microcast, LLC. He is also the former Senior Manager at NetCatalyst.

According to his LinkedIn, he is also in the Board of Directors at mindHIVE – ‘MindHIVE is a purpose built highly visual mobile social/communications platform structured around behavior economics, privacy and discovery.’

Howard Gould attended Buckley School, graduated in 1991 from Tabor Academy and was also a student at Eckerd College.