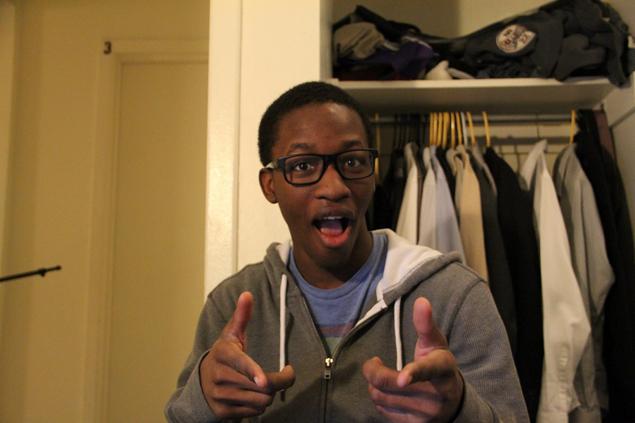 Ashton Vongtau was missing for 36 hours this weekend. Where was he you might ask. His mother, Habiba Vontau was especially distraught. She told reporters that Ashton was “one of the most responsible kids in the world”.

Vongtau’s mother currently resides in Pittsburg, and on hearing that her son was missing she took a Greyhound bus to New York. Mothers always fear the worse when a child is missing. Had he been hit by a car, was he mugged? All sorts of thoughts passed through her mind.

Well, it turns out that poor Ashton had been lying between two buildings for those 36 hours, and how he got there is still uncertain. But he survived the 10 story fall because of the narrow walls of the airshaft which broke his fall.

The 19 year old New York University student had been last seen by his roommate rushing up the stairs during a fire alarm evacuation. He was very fortunate that someone heard him moaning. He was trapped between the University dorm and a parking garage, in a space a foot and a half wide. It took firefighters an hour and a half to break through the garage wall, which was the only possible way to get him out. ‘He was conscious, he was moving, he was definitely tired,’ said Fire Chief Joseph Schiralli. They took him to Bellevue hospital.

According to his mother, he suffered a fractured skull, pelvis and arm, as well as contusionsto his lung and spleen. She said she spoke to him briefly on the phone after he was taken to the hospital. “He was pretty weak, but he was able to say hi,” she said. “I asked, ‘Are you in pain?’ He said that he is, but it’s nothing he can’t handle.”

Ashton’s father, Lulufa Vongtau tweeted his gratitude for the rescue from his home in Nigeria thanking de NYFD for saving his son.

The mystery of how Ashton fell in between the two buildings will be cleared up soon, when Ashton can tell his story to the police, who are investigating the matter.