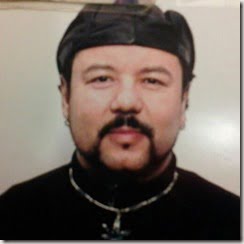 Ariel Castro, accused with his brothers Pedro and O’Neal of kidnapping and holding three women for a decade, was a former school bus driver and outgoing resident of Cleveland’s Seymour Avenue.

Records show that Castro was arrested for domestic violence in 1993, but that a grand jury declined to indict him. They also show that Castro, 52, owned the home at 2207 Seymour Ave. where the women were found.

A neighbor identified with the name of Juan Perez said he grew up two houses down and has known Castro since he was 6 years old.

“He was a nice guy, he would come around and say hi. He gave the kids rides up and down the street on his four-wheeler,” Perez said. “He would asked me if I wanted a ride. .. He seemed like he was a good guy to the kids that were here. … I didn’t think anything of it.”

Perez also said Castro would stop by home sometimes and stay for about 10 minutes or an hour at a time.

Ariel Castro a Puerto Rican apparently just your normal guy is now along with brothers Pedro 50, and Oneil 54, accused of kidnapping these three girls for 10 years! But how can we suspect of a bus driver, a Latin music lover, likes guitars and is a guy who is nice to his neighbors..Could have something to do with the disappearance of Amanda Berry, Michelle Knight y Gina DeJesus 10 years ago??

Ariel Studied at Lincoln-West High School, currently lives in Cleveland OH, and works for ¨Grupo Fuego¨ according to his Facebook profile.

And he couldn’t be more right, God is good since Castro will now received what he deserves! The three women were finally freed after neighbor Charles Ramsey helped Amanda out of the home after hearing her screaming.

Castro had been arrested for domestic violence in 1993, according to reports. After Amanda called 911, police arrived on the scene and arrested the homeowner, Ariel Castro.

The three brothers are in custody as of early Tuesday.

Local station WOIO-TV reported that a source said authorities saw chains hanging from the ceilings of the home, and believe the women were tied up at times!

Gina DeJesus had been missing since April 2, 2004. She was walking home from middle school when she disappeared.

It all could have seemed like a big happy family right? Three women for the three brothers! But now all three of them can start a new life.