Joan and Edward welcomed their artist daughter Ariana on June 26, 1993. The two were married in 1992 -at the time Edward served as stepfather to Joan’s son from a previous relationship, Frankie Grande.
Joan Grande & Edward Butera have been divorced since 2003 after 11-years of marriage.

Growing up, Ariana has said how she was closer to her mother and had been estranged from her dad. Their talented daughter began her career as a soloist with various symphonies, such as the South Florida Philharmonic. She made her acting debut as Charlotte in the Broadway musical 13 in 2008.

She first gained fame as an actress, portraying Cat Valentine on the Nickelodeon series Victorious as well as on the show’s spin-off Sam & Cat.
Ariana also voiced the character Diaspro in seasons 3 through 5 of the Nickelodeon series Winx Club and appeared in the 2013 TV movie Swindle.
Also in 2013, the pop star released her debut album Yours Truly -followed by her second album My Everything, which featured the hit singles “Break Free” and “Problem.” 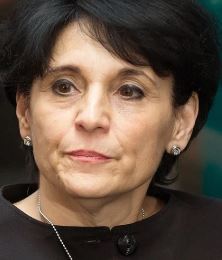 Things seem to be better between the multi-platinum artist and her father. Ariana whose parents spearated when she was just nine-years-old -recently revealed she had an out of the ordinary thanksgiving because she got to spend it with both her parents after nearly two decades. The “7 Rings” singer revealed the family moment on social media.

Joan was born on June 11, 1968; she is a native of Brooklyn. NY. According to her LinKedIn, she serves as the president and CEO of Hose-McCann Communications, a manufacturer of communications and safety equipment in Florida. Joan also served as her daughter’s manager during a while.
Joan is also active on social media and often Tweets about her disapproval of Trump. 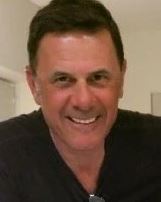 Edward Butera was born September 20, 1958; the New Jersey native attended the New York Institute of Technology and is a graphic designer by profession. He is the founder and president of graphic design company, IBI Designs. The business is based in Boca Raton, Florida. It was founded in 1990.