Ari Behn, known for being the ex-husband of a Norwegian princess and an author -has died at age 47.

According to reports, Ari Behn took his own life on Christmas Day -as it was announced by the spokesman for his family.
He was born, Ari Mikael Behn on September 30th, 1972; to teacher parents, Olav Bjørshol and Marianne Rafaela Solberg. He has two younger siblings, Anja Sabrina and Espen. 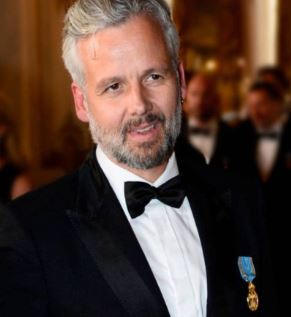 Ari, who in 1996 changed his original surname to Behn, attended the Waldorf School in Moss and went onto study history and religion at the University of Oslo.
He achieved success in his country as an author, writing three novels, three short story collections and three plays, according to Behn’s website.
His first collection of short stories, titled Trist som faen (“Sad as ****”), received several good reviews and has sold more than 100,000 copies.
He had also produced several TV-documentaries with photographer Per Heimly, about their travels to exotic locations around the world questioning serious topics like explointing oilsand-production in Canada, for which he was awarded the prize for “Best TV-entertainment” in 2011.
Also in 2011, Ari Behn made his debut as a playwright with Treningstimen, directed by Kim Sørensen and staged at Rogaland Teater.

He was a divorcee having been married for 14-years to Princess Martha Louise -who is the the eldest child of Norway’s King Harald V and Queen Sonja. He was married to the Royal from 2002 until 2016. Durign their marriage the ex’s welcomed three daughters, 16-year-old Maud Angelica; 14-year-old Leah Isadora and 11-year-old Emma Tallulah.

Ari, along with ex-wife co-authored a book on their wedding, in addition his profile states he had been a model for a clothing chain.

In 2017, he made headlines after accusing disgraced Hollywood actor, Kevin Spacey of groping him.
Ari Behn said at the time that the incident took place 10-years earlier after a Nobel Peace Prize concert. He ellaborate that the actor had reached under a table and inappropriately touched him. Spacey who has since been accused by many others, did not respond to the allegation.