Antonio D’Amico is an Italian fashion designer but is perhaps best know for being the long-term partner of late fashion icon Gianni Versace.

D’Amico, who was with Versace for 15 years, was with the 50-year-old at his Miami home when he was killed. They remained together from 1982 until Versace’s death in 1997 at the hands of Andrew Cunanan.

Antonio D’Amico was born January 20, 1959. He met Versace after he was hired as designer for the Versace Sport line.

The two moved in together and embarked in a long term relationship, however D’Amico has had a tense relationship with Versace’s family, including sister Donatella, who cut off contact with D’Amico after her brother’s death. Gianni was Antonio’s senior by 12 years.

Speaking to the Guardian about the tragedy of his lover’s murder on 15 July 1997, D’Amico said it tipped him into a deep and long depression. Even now he will only briefly discuss it. Versace, who was 50 when he died, was killed shortly before 9am as he returned to his Ocean Drive home after buying a newspaper at a nearby cafe. D’Amico was drinking coffee on the veranda close to the mansion’s entrance when he heard the shots. 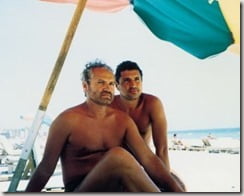 After Versace’s death, D’Amico was left with a pension of 50 million lire a month for life and the right to live in any of Versace’s homes in Italy and the United States.

However, D’Amico was only left with a fraction of the pension and a restricted right to live in Gianni’s properties –due to his tense relationship with the rest of the Versace family. 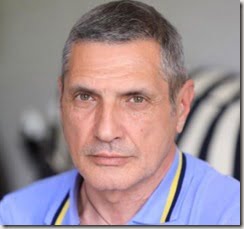 Since Gianni’s death, 20-years-ago Antonio D’Amico has risen as a successful designer in his own right.

In 2012 he teamed up with Massimo Lotti to create a denim line called Pump. D’Amico now runs his own fashion design company and found love again.

D’Amico who eventually emerged from his depression after deciding it was a question of either starting to live again or stopping completely. He found love again in 2005. He and his partner live a simple life in the northern Italian countryside.

His most recent work as a designer is a collection of sportswear for the golf sector. He currently runs fashion label Antonio D’Amico Golf.