Anton “Tony” Wallace has been named as one of two victims in the latest shooting which took place over the weekend at a Christian church in Texas.

Anton “Tony” Wallace and two others were shot inside the West Freeway Church of Christ in White Settlement, Texas. The Sunday morning church service was cut short when the shooter opened fire. In a turn of events, the shooter was also killed after parishioners confronted the gunman and exchanged fire.

According to reports, the shooter, walked into the church and headed to a bench to take a seat when according to the White Settlement Police Chief; he suddenly stood up, pulled out a shotgun and began to shoot. As a result two parishioners were killed. The whole thing was over in seconds thanks to the quick action of the church’s armed security team -which is conformed by volunteers.

64-year-old Anton Wallace was one of the men who died in the attack. He is survived by a daughter Tiffany Wallace, who confirmed his tragic passing. 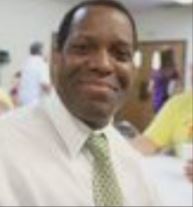 Anton Wallace who was known as Tony -was a registered nurse and Deacon, a lifelong member of West Freeway Church of Christ. He was shot just feet away from his daughter and died before he was rushed to a hospital. Reports say, daughter Tiffany ran towards her father after he was shot and held him as he took his final breaths.

He is also survived by wife Julie Wallace and another daughter, Sarah Wallace.
Daughter Tiffany Wallace is a Patient Care Technician at HealthSouth Rehabilitation. Sarah Wallace who goes by Sarah Nike-Wallace, works at Texas Health Harris Methodist Hospital Fort Worth.