Anthony Rapp is an actor and the man who has come forward accusing Academy Award Winning actor, Kevin Spacey of sexual harassment on an alleged incident that happened decades ago.

In a shocking report by BuzzFeed, 46-year-old Anthony Rapp accused Spacey of making a sexual advance toward him in 1986. At the time, Spacey who seemed to be under the influence of alcohol, was 26 years old—and Rapp was only 14.

According to Rapp, he was at a party at Spacey’s apartment. Being the only non-adult at the gathering he was taken to his room to watch TV. Moments later Spacey appeared in his bedroom and, according to Rapp’s account, picked the 14-year-old up “like a groom picks up the bride over the threshold” and then laid on top of him on his bed. Kevin then said he pushed him away and left the party.

The two had become acquainted due to their ties to Broadway. At the time Rapp, was starring in Precious Sons opposite Ed Harris; while Spacey in Edward Albee’s Long Day’s Journey Into Night –Squire details.

Since then, Spacey released a statement apologizing to Rapp, however he said he did not remember the incident and also revealed for the first time that he is gay. 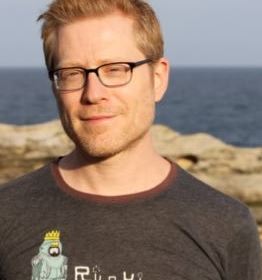 Rapp did not accept or reject the Oscar winner’s apology. The long list of allegations currently going on in the Hollywood stratosphere prompted Rapp to come forward “not to simply air a grievance.” Rapp said he wants to shine another light on this behavior that has been allowed. “I’m feeling really awake to the moment that we’re living in, and I’m hopeful that this can make a difference,” he adds.

Anthony Deane Rapp was born October 26, 1971; the Chicago, Illinois native was born to parents Mary Lee and Douglas Rapp in Joliet. Following the divorce of his parents he was raised by his mother. His brother is Adam Rapp who is also in the business as a filmmaker. 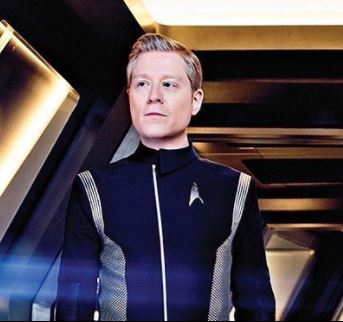 Rapp began his acting career in theater during the 80’s. During his high school years he won numerous awards for his singing and attended theatre camp at Interlochen Arts Camp.

Rapp originated the role of Mark Cohen in the Broadway production of Rent, later reprising his role in the 2005 film adaptation. He also starred as the title character in the 1999 Broadway revival of You’re a Good Man, Charlie Brown, and has appeared in such films as Dazed and Confused, A Beautiful Mind, and The Other Woman. He returned to Broadway in 2014 in the new musical If/Then opposite former co-star Idina Menzel.

Most recently he landed the role of Lieutenant Paul Stamets on TV show Star Trek Discovery. 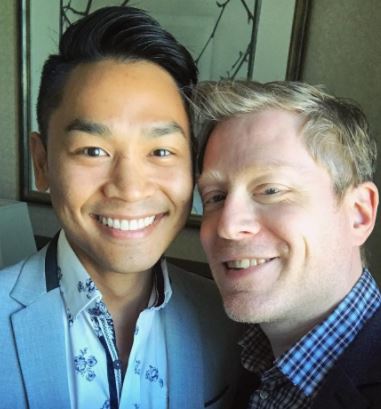 The hunky stage/film actor and singer happens to also be a gay man –Rapp has been open about his sexuality for years. In the late 90’s during an interview he described his sexual identity as “*****” rather than “gay.” He’s also been described by Metro Weekly as “one of the first openly gay men on Broadway.”

He is currently in a relationship with Ken who goes by the Instagram handle “teerakeni.”