Veronica Graziano is the now widow of Anthony Graziano –a reputed Bonanno crime family consigliere –who died at age 78.

Veronica’s husband was a Staten Island-born gangster known as ‘T.G’ –he became a well-respected gangster and top family earner who moved up through the Bonanno ranks to capo and then consigliere under boss Joseph (Big Joey) Massino — who eventually flipped and became a federal witness.

Graziano was famously ratted out by his son-in-law Hector Pagan, who wore a wire in a case that stuck him with a 19-month prison sentence in 2012.

He previously did time for a 1990 conviction for tax evasion, and served another prison term for a 2002 racketeering conviction. 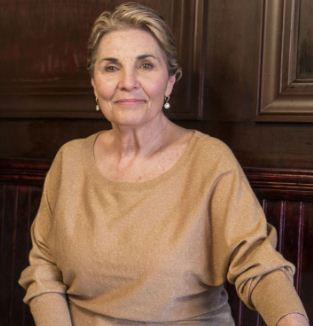 He is also well-known after his daughter Renee starred on the reality show “Mob Wives” –apparently causing him problems with his organized crime colleagues.

In addition to his wife Veronica Graziano and daughter Renee, Anthony is also survived by two other daughters, Jennifer and Lana Graziano.

49-year-old TV personality Renee, who also describes herself as a life coach, author and entrepreneur paid tribute to her father writing on social media

“RIP DAD .. You might not get everything you ask for in life but as long as you have a family you have EVEYTHING you need .. God keep TG in line lol and tell him he raised 3 strong women, **** were alot stronger then most of the men so we got this .. WE ARE OK AND WE WILL TAKE CARE OF MOMMY”

The couple’s daughter Jennifer is a screenwriter and the creator of the popular VH-1 program, while Lana Graziano and her mother Veronica are the owners of a restaurant called ‘Mangiare Tu’ in Bradley Beach –which opened in 2017.

The joint is all about family ties and is also partly owned by Lana’s second son, John Zancocchio, who serves as the chef and her daughter, Sonni Zancocchio, who is the baker and responsible for desserts.

Lana’s first restaurant was Mama Rosa’s on Staten Island, in 1983, followed by the original Mangiare Tu, which was open from 1998 to 2006 in Brick.