Rapper Tekashi69 is putting the already notirous Nine Trey Bloods gang on the spotlight, after the rapper is expected to testify against them on trial.

Tekashi69, real name Daniel Hernandez, is set to testify against two of the gang’s accused gang members identified as Anthony “Harv” Ellison and Aljermiah “Nuke” Mack. In the past, Hernandez had the protection and loyalty of the New York street gang but now is a different story. Check out the accusers top facts. 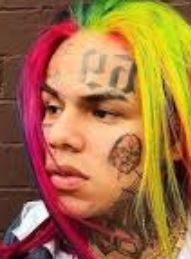 #1 Tekashi69 will collaborate with the Feds

Tekashi 6ix9ine is expected to take the stand to testify during Aljermiah “Nuke” Mack’s trial, who is accused of dealing drugs and committing violence on behalf of the gang.

#2 Both accusers have been identified as gang members

Nuke, and a man named Harv Ellison are accused of being members of Nine Trey Gangsta Bloods. Both men were charged in a sweeping RICO indictment against Tekashi 6ix9ine and his manager Kifano “Shotti” Jordan as well as almost a dozen other gang members.

#3 Internal problems flared up between 6ix9ine and Shotti and Nuke

Tekashi 6ix9ine will confirm Ellison preferred to respond to any perceived slights with violence, but there was no reason to publicize it, since the word would spread about the fate of those who happened to those who disrespected Nine Trey.

#4 Nuke was allegedly trying to gain favor within the gang

33-year-old Nuke is said to have been trying to impress the group to get into good favor with the gang’s prison leader “Snake Eyes” as well another gang member known as Frank White, whose identities will be revealed by 6ix9ine when he takes the stand. Mack is charged with narcotics trafficking and racketeering.

#5 Ellison is accused of kidnapping Tekashi69

31-year-old Ellison is accused of kidnapping Tekashi in July 2018 as the rapper’s ties to the gang began to fray. The two fell out over an incident at South by Southwest in March of 2018.
Tekashi 6ix9ine was supposed to perform, but he was run off of the stage by people affiliated with Rap-A-Lot, during a feud with J. Prince Jr. and he was unable to perform at his event.

Prosecutors say, the rapper’s album “***** Boy” which debuted at number 2 on the Billboard 200 — provided revenue to fuel the gang’s racketeering operation.

Tekashi pleaded guilty to racketeering charges carrying a minimum of 47 years in prison and began cooperating with the government soon after being arrested in November with other accused gang members.