Annika Bevington is the wife of Spotify exec, Chris Bevington –who was tragically killed in Friday’s terrorist attack in Sweden.

Annika’s husband has been identified as one of the four fatal victims and 15 others who where wounded after Uzbek suspect, Rakhmat Akilov –allegedly drove a truck and plowed through a shopping area in the heart of Sweden’s capital.

Authorities have said that Akilov, whose application for residency in Sweden was rejected last year, but disappeared before he was set to be deported.

He sympathized with extremist organizations including the Islamic State, and faces terrorism charges.

According to CNN, a second suspect was also reportedly placed under arrest on Sunday in connection with the attack.

Bevington had worked with the company for five years, the streaming service’s founder, Daniel Ek noted.

Mr Bevington was born in South Africa, where he spent a portion of his childhood before moving to Leatherhead in Surrey, England, with his family. After school, Mr Bevington went on to study at Loughborough University and worked for Barclays before joining Warner Music in Stockholm. 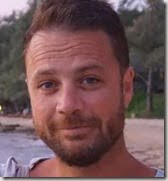 His father, John Bevington said in a statement

We are all devastated by the untimely and tragic death of our talented, compassionate and caring son Chris. [He was ] a wonderful husband, son, father, brother and close friend to many. The family requests absolute privacy at this incredibly difficult time to mourn his passing in peace.”

Chris Bevington is survived by his Swedish wife Annika. The two met while they worked at Warner Music in Stockholm. At the time, Annika served as a copyright lawyer with the firm.

According to the Tech Crunch, Annika and Chris were married in 2012. The couple shared a son together. Instead of accepting wedding presents the couple donated money to Oxfam.

Accoridng to her LinkedIn, Annika Bevington currently works in the legal department at Google. She is the company’s sole lawyer in the Nordics and is ‘responsible for all legal matters relating to Google’s products and services, including YouTube, in Sweden, Denmark, Norway, Finland and Iceland.’

She attended the Erasmus University in Rotterdam and holds a law degree from Stockholm University.

Many have been paying tributes to Annika’s late husband.