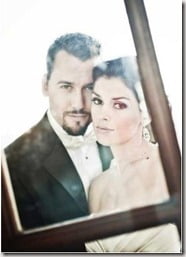 Daniel Reilly is accused of repeatedly having *** with a 14-year-old former student. He faces rape, child endangerment, and sexual abuse charges. The sixth-grade English teacher and ex-marine is married to lawyer Annemarie Reilly.

The 36-year-old Daniel J. Reilly taught the girl at IS 237 in Flushing, New York. Reportedly, he had *** at least 10 times with the 14-year-old in his apartment in Forest Hills, while his wife and their 11-month-old daughter were out. The relationship may have started in October last year. Daniel used cellphone code names to keep the affair a secret from his wife and family, according to Queens police.

“The defendant planned on keeping the relationship secret,” a prosecutor said.

The teacher was discovered by the girl’s sister when she found a series of text messages exchanged between them, and told her parents.

Daniel was arrested at Intermediate School 237 after his alleged victim’s mother alerted the school. He was released on a $30,000 bail paid by his wife Annemarie, and due back in court on May 6. Daniel could face seven years in prison if found guilty.