Annabella Murphy is the beautiful woman who until recently, was married to hedge fund manager Charles Murphy –who earlier this week jumped to his death from a hotel building.

Annabella is now a widow after her husband, 56-year-old Mr. Murphy, reportedly took his own life following the Madoff scam in which he allegedly lost millions of dollars of his clients.

In 2007,  he had triumphantly moved to the upper echelons of the Upper East Side after a 20-year career as an investment banker in Europe. At the time, he paid $33 million for the 25-foot-wide house at 7 East 67th Street, buying it from Matthew Bronfman, an heir to the Seagram liquor fortune.

While in Europe he had worked for Morgan Stanley, Deutsche Bank and Credit Suisse. In the U.S he was a was a partner at Fairfield Greenwich and had served as a defendant in lawsuits brought by distraught investors.

His fund at Fairfield Greenwich had poured more than $7 billion into Madoff’s Ponzi scheme before the fraud imploded in 2008. His clients lost nearly $50 million. According to the New York Post, investors filed a class-action lawsuit and the fund agreed to be part of an $80 million settlement.

The Madoff scandal is considered the largest financial fraud in US history.

After the fraud he had been serving as a partner with the investment management firm Paulson & Co. 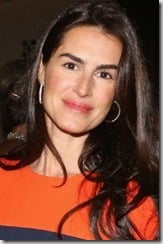 Annabella was born in 1976. She was Charles Murphy second wife.

For her 30th birthday in 2006, Charles threw a lavish party for her at Rhodes W1. Charles then made a touching speech in honor of his wife which had all the other husbands squirming in their seats, according to Tatler.com.

Annabella’s 36th Birthday party in New York, 2012 was covered by Dori’s World. Annabella Murphy is also believed to be the mother of his two young sons, Harry and Freddy Muprhy.

After the couple’s marriage they moved to NY in 2007. Annabella Murphy  was featured at home in a fashion magazine, showing off her extensive wardrobe and many Hermes bags. The scandal broke at the end of 2008.

She and her husband had been experiencing obvious financial problems. According to the post, a hotel doorman said Annabelle Murphy was in an automobile accident last year but couldn’t afford to have the car fixed.

Annabella’s husband is one of several victims the Madoff scam has claimed. According to reports, he plunged to his death off the 24th floor of the Sofitel hotel in Manhattan right around rush hour on Monday. He was pronounced dead at the scene.