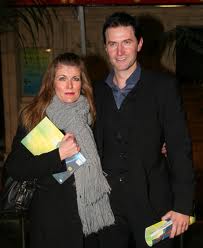 Well the mystery of the day is: Is Annabel Capper still Richard Armitage’s girlfriend?

They met many years ago, around 2001-2002, and were even in a play together in 2002. She is, obviously, an actress and has been in movies, television series and also on the stage. Most of her work is from England, where she lives.

Apparently she and Richard lived together in South London for quite some time, although, according to gossip, they no longer do so. She is a lovely woman with a beautiful speaking voice. It has been commented that she has a normal, as opposed to skeletal, body.

It has been reported that the romantic part of their relationship is over, but that they have a very strong friendship and are very supportive of each other. The one thing that we know for sure about her is that she does not like to be the center of public attention.

Annabel has been the only woman positively identified as a girlfriend of Richard’s.  We have read that they are still close. What we want to know is how close are they. Maybe they are just a couple who enjoy their time together away from public glare. What do you think? Do you know something we don’t? If so, be sure to let us in on the info!