But, according to BBC the Poland natives, were closer than ever though. Anna-Teresa Tymieniecka died June 7, 2014 at age 91. That same year, Pope John Paul II was declared a saint. The new found letters by BBC, were sold to the National Library of Poland in 2008 and have been kept in privacy until shown to the BBC.

Like Pope John Paul, she endured the searing experience of the **** occupation during World War Two. After the war she left to study abroad and eventually pursued an academic career as a philosopher in the United States, settling in New Hampshire. 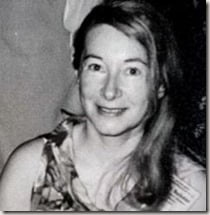 It was previously revealed, Anna-Teresa Tymieniecka took part in a project with Pope John Paul.  She and the late Pope, worked closely together, collaborating for four years, on an English-language version of a book on philosophy he wrote while teaching at Lublin University.

But their relationship apparently was deeper and lasted more than it had been known. ultimately, nothing in the letters shows a forbidden love affair that would break John Paul’s vow of celibacy. But the pair appeared to share a deep emotional intimacy, with John Paul once telling her she was a gift to him from God. So, who is this woman, that Pope John Paul II, had in such high regards? 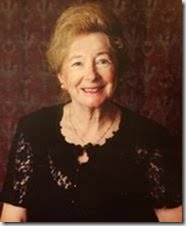 According to her obituary, Dr. Anna-Teresa Tymieniecka Houthakker, was born in Marianowo, Poland, into an aristocratic family of historical significance. Born on February 28, 1923, as the daughter of Wladyslaw Zaremba Tymieniecki and Baroness Maria Ludwika de Lenval.

She became an internationally known philosopher, working as a professor of continental phenomenology.

she was the founder of The World Phenomenology Institute, where she also served as its president and which became her life-long work and passion.

She wrote over a dozen books and was also the founder and editor of Analecta Husserliana.

As President of the World Phenomenology Institute, she spearheaded and organized some 80 international conferences, two world congresses of phenomenology among them. From 1988 till 1998, she served on the Steering Committee of the International Federation of Philosophical Societies.

She was buried in Woodstock, Vermont.