Arkansas Congressman Tom Cotton has proven he has what it takes to continue to be a member of the United States House of Representatives, therefore, we will continue to see much more of his lovely wife Anna Peckham aka Anna Cotton.

His most recent role is Tom Cotton, the husband, right?

That’s is correct. Tom Cotton and his pretty wife Anna Peckham got married on March 15, 2014, in Virginia, the newlyweds met at a lunch and got engaged in 2013. Most recently the Cotton announced they will welcome their first son in April 2015. 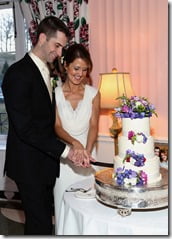 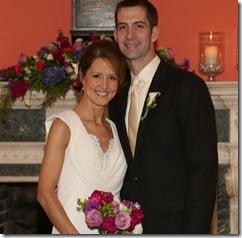 Would you like to read more about Congressman Cotton’s wife?

39-year-old Anna Susan Peckham born to parents Susan and Mark Peckham. She graduated in 1995 from Shattuck St. Mary’s School, got her B.A, Liberal Arts from Pepperdine University and with honors in 2004 from Benjamin N. Cardozo School of Law.

Moreover, Anna Peckham was a Judicial Clerk at the Montana Supreme Court until 2005, then  Assistant United States Attorney at the U.S Attorney Office, In 2008 became an Attorney with Davis & Cannon, LLP and is currently a Deputy General Counsel with the U.S Government.