Ben Richardson is the boyfriend of one of the hottest actresses right now, Anna Kendrick. The couple has been dating for the past two years. Keep reading to know Ben Richardson’s biography.

Her professional career began when she was only 10 years old. Her parents would often drive her from Portland to New York City for her auditions. It paid off.

Kendrick’s critically acclaimed performance in “Up in the Air” also earned her a Golden Globe nomination.

As for her personal life, the actress previously dated director Edgar Wright from 2009 to 2013.

Anna Kendrick’s new beau hails all the way from the U.K and he is also in the entertainment industry. The two met while working together on the film Drinking Buddies. 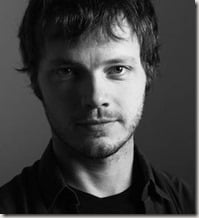 Richardson is a cinematographer who is known for his work in a number of films including, The Fault in Our Stars. Prior to the 2014 hit, Ben’s work on the Oscar-nominated BEASTS OF THE SOUTHERN WILD, garnered him Best Cinematography prizes at both the 2012 Sundance Film Festival and the 2013 Independent Spirit Awards.

Accoridng to his website, Ben lived for five years in Prague and is currently based in Brooklyn. He was born Benjamin T. Richardson on September 21, 1983 in England.  The UK native is a graduate from the Royal Holloway, University of London‘s media arts degree program.

Richardson’s other work includes the making of Happy Christmas, Digging For Fire and the small-town thriller, Cut Bank.

The award-winning cinematographer also shot the music video for Passion Pit’s “Carried Away.” 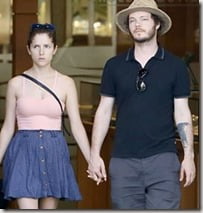 The hunky director of photography is also active on social media.