Michael Barrett is a filmmaker and also the new man in the life of actress, Anna Faris. The blonde star shocked fans after she announced her split from husband, Chris Pratt just a few weeks ago.

Barrett and Anna are yet to confirm their romance but you know how things are in Hollywood, a few public outing and it probably means they have been seeing each other for months.

The alleged new couple was first spotted back in September. According to gossip site TMZ, Anna and Barret were caught at two different locations, Malibu and The Palisades. They attended a local carnival and were pictured sipping on beers.

It is believed the pair met while working on the set of Farris’ upcoming film, Overboard –where Michael Barret is a cinematographer.

Anna and Chris Pratt were married for eight-years, the ex’s are the proud parents of five-year-old son, Jack. The one time Hollywood favorite couple, married in Bali on July 9, 2009 and welcomed son Jack, who was born prematurely, in 2012. 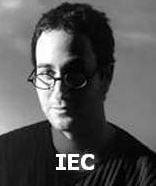 The new guy was born Michael Bradley Barrett on May 28, 1970. He is a California native studied art history at the University of California, Los Angeles. He subsequently studied film at Columbia University in New York.

While still in school he shot music videos and short films. He shot more than 40 short films for other students and a number of music videos for local bands. Michael Barrett started his career, shooting films with $50,000 to $100,000 budgets. His work includes ‘Finding North’ ‘Kiss Kiss Bang Bang ‘and ‘Ted.’

In the early 2000’s he worked for the TV series CSI: Crime Scene Investigation, his first time on a television series –for which he earned an ASC Award. According to his IMDb profile Barrett, is a member of the American Society of Cinematographers and a member of the Academy of Motion Picture Arts and Sciences.