Angelina Barini is the main suspect in the death of three men in New York City, including chef, Andrea Zamperoni -who was found dead in a borough hostel last week.

Angelina -who is a prostitute -has been taken into custody after agents with the Department of Homeland Security say Barini supplied drugs containing deadly doses of fentanyl to her clients, ultimately resulting in their deaths. Barini is currently facing federal drug charges but not, murder or manslaughter. 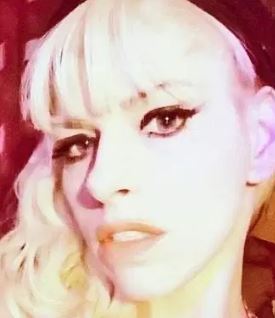 The bodies of her customers/victims were found in hotels in Queens between July 4 and August 21 of 2019. The name of the two other men is yet to be relased, however her most latest victim was identified as Andrea Zamperoni, who was the top chef at Manhattan restaurant Cipriani Dolci.
In the case of Zamperoni, Barini was still with him when police found him on the hotel room after he was reported missing. She was spotted on surveillance video entering the motel room on August 18 alongside the victim. She was later seen leaving and re-entering the hotel room but the victim never emerged.
She told investigators Zamperoni never woke up after falling asleep and that he was bleeding from the nose and mouth. She said she wanted to call for help but her pimp didnt allow it. There was even discussion about cutting up the body -which was found wrapped in a garbage bag.

Since then, Angelina Barini admitted that she “sometimes” gave drugs to clients without knowing exactly the content but said she was forced by her pimp to do it.
The 41-year-old who can be found as Angelina Berlin -has a presence on social media in which she describes herself as “the hottest street chic.” She also states that she studied at the “University of Life” and went to the “School of Hard Knocks.”