Angela Lansbury, the TV, film and stage actress we all know from her decades-long career in Hollywood, is grabbing headlines after making fiery comments on the ongoing sexual harassment wave affecting the rich and powerful.

The 92-year-old legendary actress was born to an actress mother and a politician father on October 16, 1925 in London –Angela would later relocate to the US with her mother and two younger brothers. After studying acting in New York City, she signed a deal with Metro Goldwyn-Meyer and obtained her first film roles, in Gaslight (1944) and The Picture of Dorian Gray (1945). Her work was quickly recognize, earning her Oscar and Golden Globe Award nominations.

Since then, she’s had numerous leading roles in stage musicals, other films and TV. Her work has been acclaimed in a number of industries but she’s perhaps best known for her 12-year stint as Jessica Fletcher on the 1984 series ‘Murder, She Wrote.’

In 2014, Lansbury was made a Dame by Queen Elizabeth II for “services to drama, charitable work, and philanthropy.” Lansbury has received an Honorary Oscar and has won five Tony Awards, six Golden Globes, an Olivier Award, and one Grammy Award.

Angela who said during an interview with Britain’s Radio Times that “We must sometimes take blame, women,” –has been married twice and is the mother of two adult children.

Angela Lansbury was days shy from her 97th birthday when she died on October 11, 2022, in her home in Los Angeles, according to a statement released by her family.

The children of Dame Angela Lansbury are sad to announce that their mother died peacefully in her sleep at home in Los Angeles at 1:30 AM today, Tuesday, October 11, 2022, just five days shy of her 97th birthday.

Angela was first married to actor, Richard Cromwell in 1945. The couple eloped and were married in a small civil ceremony. At the time Lansbury was 19 and Cromwell 35. They ended in divorce the following year. Angela arrived home one day to find a note from him. ‘Sorry,’ it read, ‘I can’t go on.’ 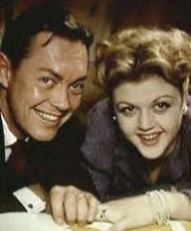 She would later find out Cromwell was gay. It is known that the two remained friends until his death from liver cancer in 1960.

In 1949 she married second husband and love of her life, Peter Shaw. The two remained together for over five decades until Peter’s death in 2003. 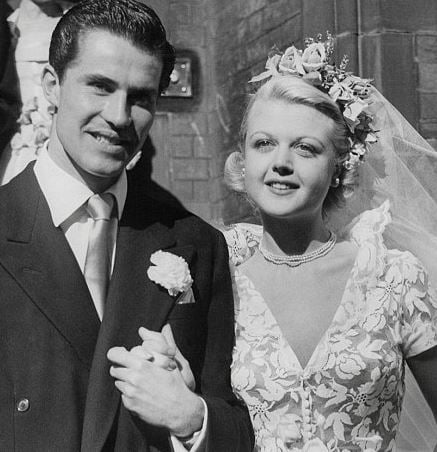 Peter Shaw was an agent and manager, the couple became known for having a ‘rock solid marriage.’ Peter died of heart failure. After his death Angela was quoted saying:

‘We had the perfect relationship. Not many people can say that. He was everything to me: we were partners at work, husband and wife, and lovers. I don’t know how we had such a long marriage, but the simple fact was that we were devoted to one another.’

Following her second marriage, Angela became a stepmother to Peter’s son David –from Shaw’s first marriage. The couple also welcomed two children of their own. Angela Lansbury gave birth to a son and a daughter, Anthony Peter and Deirdre Ann.

Angela and her second husband Peter Shaw were quick to help both their children who had fallen heavily involved with drugs in the 60s. The couple decided to move to Ireland and Angela refused any work for a year to help her son and daughter. 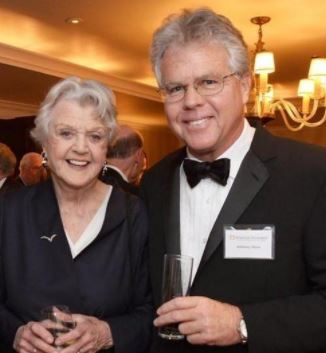 Anthony Peter Shaw was born on January 7, 1952. Son Anthony Peter quickly left the drug world once his parents relocated the family to Ireland. Anthony, now 70 became a TV director and even worked on the famous Murder, She Wrote –directing nearly 70 episodes.

Peter is now married to Lee Webster and is the father of three children, two sons, and a daughter. 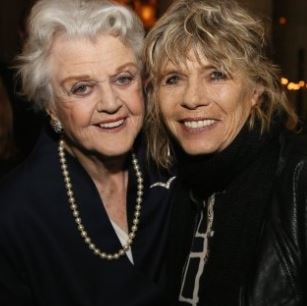 Deidre Angela Shaw was born on April 26, 1953. Daughter Deidre also had a hard time with drugs. Her addiction first began with cannabis and later moved on to ******. At one point, Angela revealed during an interview that her daughter was in with a crowd led by Charles Manson. ‘She was one of many youngsters who knew him – and they were fascinated.’

Deidre also left the drug world and is currently a married woman with a family of her own. She is married to a chef with whom she runs an Italian restaurant in Los Angeles.