Angel Reed is the girlfriend of 39-year-old former American Idol alum, Constantine Maroulis. The couple and parents of one child, allegedly got into a fight reports say.

According to TMZ, Constantine –who was the sixth-place finalist on the fourth season of American Idol –told Angel he was leaving her and things got ugly.

A rep for the rock singer and actor said Reed got violent and Constantine was defending himself, while Reed told cops Constantine had kicked her in the groin.

Reed called 911 and Constantine was arrested, the outlets says he quickly was bailed out. 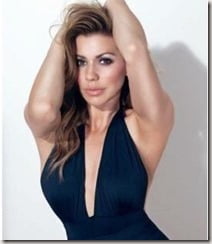 Reed, who is originally from Reno, Nevada; is a former Broadway cast member, from 2008 till 2010 she was part of the Rock of Ages play. She has en impressive resume with roles both on TV and films including: So You Think You Can Dance, U.S.; Radio City Music Hall: Re-Opening Galas; Four Steps to Heaven; Fugly; The Sixth Wives of Henry Lefay; College Road Trip; Enchanted; Dance With Me just to mention a few.

Angel has danced for Target in 2 National Commercials, Eve, That 70’s Show, Three 6 Mafia and Poison at the 2009 Tony Awards. 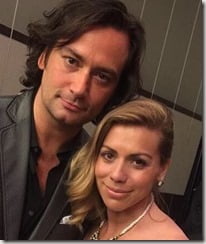 Reed and Constantine met while on the Broadway show in 2008, she gave birth to their only child, daughter Malena James Reed-Maroulis in 2010.