Betsy’s husband has been in the broadcasting and network industry for decades, winning among other accolades, 16 Emmy Awards. Andy who decided to fire Matt Lauer after a colleague accused of inappropriate sexual behavior, during the 2014 Winter Olympics in Sochi, -is now defending NBC News amid Ronan Farrow’s forthcoming book ‘Catch and Kill’
In a memo, the 72-year-old told staffers that Farrow paints a picture of NBC News leadership that is “fundamentally untrue”

Born in New York on May 16, 1947; Lack received a bachelor’s degree from the College of Fine Arts at Boston University. 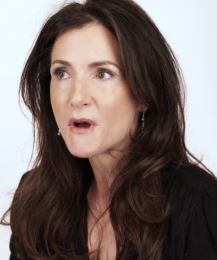 He spent much of his early television career at CBS News. After joining in 1976, within a year, he became a prominent producer for “60 Minutes” and subsequently, senior executive producer of “CBS Reports.”
He first joined in 1993 as President of NBC News.
Lack who returned to the company in April 2015; previously served as Chairman of the Bloomberg Media Group. He joined Bloomberg in October 2008 as CEO of its Global Media Group.
Prior to Bloomberg, Lack was Chairman and CEO of Sony Music Entertainment. Other honors under his name include 4 Alfred I. DuPont-Columbia University Journalism Awards, 5 Ohio State Awards, an Overseas Press Club Award, 2 Gavel Awards from the American Bar Association, a George Polk Award and a Clarion Award.

Lack had been married to wife Betsy for decades, however reports surfaced this summer that the two split quietly earlier this year. Betsy Kenny and Andy had been married since 1992. The former couple shares two college age children, Sam and Andrew Lack Jr.

The former Mrs. Lack was born Elizabeth A. Kenny on August 31, 1961. She graduated from Princeton University and landed a job as Contributing Editor for Vanity Fair in 2008. She worked at Vanity Fair for nearly a decade and left her position in 2016.
Lack worked for Condé Nast’s Vanity Fair for eight years, under editor in chief Graydon Carter, where she helped make its Establishment List conference a profitable business.
According to her LinkedIn, the dark haired lady currently serves as the head of global brand strategy for Snapchat, Inc.