Clifton Dassuncao is the **** Brazilian boyfriend of TV personality and host, Andy Cohen. The two began dating a while ago, meet Dassuncao below.

Clifton Dassuncao and Cohen met on the opening night of Cohen and pal Anderson Cooper’s AC2 Tour in March 2015, the Daily Mail reported. The show was aired in Boston –where Dassuncao attended college. Since then, the two have been spotted on a number of dates and outings.

Born from Brazilian parents, Clifton was raised in Queens, N.Y. But the young man is far from just a pretty face with cinnamon skin. Brains go along with the body, probably the reason why posh Cohen even noticed him.

After taking a peek at his LinkedIn profile, you realize is a plain fact, Clifton Dassauncao is a nerd. He attended the prestigious Loyola School –where he excelled in extra-curricular activities including Art Club, Math League and Investment Club.

He was also in the track team and was a member of the junior varsity basketball squad and played both JV and varsity soccer. 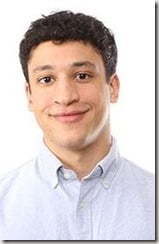 He holds a bachelor’s degree from the prestigious Massachusetts Institute of Technology in 2009 with a major in environmental engineering and a minor in mathematics.

But that’s only the tip of the iceberg. He attended Harvard’s T.H. Chan School of Public Health. He received a Master of Science degree in environmental health in 2013 and a doctor of science degree in 2016, with a specialty in exposure, epidemiology and risk. Does that even exist?

According to his impressive resume, Clifton Dassuncao’s jobs have included being a research assistant at the university’s Sea Grant, a network of programs funded by the U.S. Department of Commerce’s National Oceanic and Atmospheric Administration.

During grad school he interned at the Centers for Disease Control and Prevention in Atlanta and then in 2012-2013 as a biological science technician at U.S. Geological Survey. 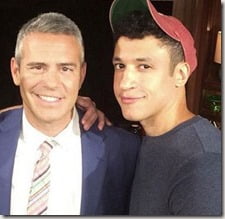 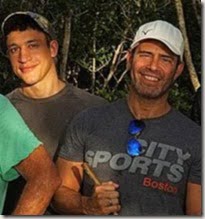 The 29-year-old is currently a researcher at Harvard, post he’s held since 2011.

Since meeting Cohen, Clifton has been enjoying of luxurious vacations. The lovebirds have been to exotic locations in the last couple of years, including trips to the Caribbean.

48-year-old Cohen seems to be really into his younger lover, thoughts on Clif Dassuncao?