Andrew Farrell is the 19-year-old who was publicly shamed by rapper 50 Cent but needless to say, Andrew sure had the last laugh! Most recent updates on the distasteful story, say the rapper has donated $100,000 to Autism Speaks.

Earlier this week, Curtis James Jackson III, known as rapper 50 Cent, accused Andre Farrell –an airport janitor –of being on drugs because he wouldn’t respond to him in a video posted Sunday on Instagram.

The video, which has since been removed from Jackson’s account, shows Andrew Farrell  his cleaning cart through the Cincinnati/Northern Kentucky International Airport while Fifty accuses the man of being high on drugs! Sweet, innocent Andrew Farrell just walked away from the instigation.

The video immediately got the attention from users who backed up Farrell after one of them ID him from high school. It was revealed then, that Farrell, a 19-year-old Conner High School graduate suffers from autism, has an hearing impairment and therefore extreme social difficulties. That was the real reason why he couldn’t respond to the rappers accusations. 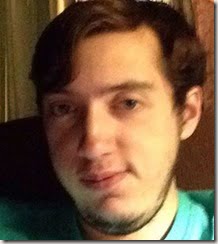 Since then, Andrew Farrell has been flooded with support from all over the world garnering comments from users in Canada, Holland, Scotland, the Netherlands and Croatia. Farrell thanked the commenters several times.

The incident caused so much heat, that his parents went on national TV to call out on Fifty. During the interview Farrell revealed

“I was just starting work,” “Pushing my cart, minding my own business.” He said the rapper was walking with a group of people when he turned on his cellphone camera and got “all up in my face.”

His mother, Amanda Kramer, was visibly upset and had this to say to 50: “Why would you attack my kid like that?” “It doesn’t say much about his character when he has to attack a kid he doesn’t even know.”

Farrell’s stepfather, Ken Kramer, also defended the teen saying Farrell worked hard to make it to his 2015 graduation. He said despite his family offering to help, Farrell found the janitorial job at the airport by himself. 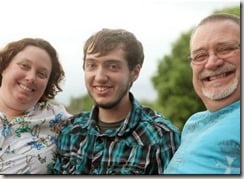 At the end, the family not only got an apology from the rapper, but also got him to donate $100K to Autism Speaks.

As for 50, the Cincinnati store in which 50 Cent promoted Effen Vodka this past weekend has since pulled the brand from its shelves.