Valerie Vasquez is the longtime girlfriend of iconic comedian and actor, Andrew Dice Clay –whom you probably know for his outrageous comedy and for his alter ego, The Diceman.

Valerie Vasquez and Andrew have been in a relationship for seven years. Believe it or not they were actually married for four years and decided to call it quits but remained together.

Valerie’s man was born on September 29, 1957. The Brooklyn native used to entertain his family as a young boy while doing different impressions.

Clay, got his start as a “song and dance man” hanging out with a Broadway crowd, drumming and singing in lounges before breaking into comedy. He later gained recognition for his role in The Adventures of Ford Fairlane. Clay became a big name when in the 90’s he became the first comedian to sell out Madison Square Garden.

Some of his recent film work includes Woody Allen’s Blue Jasmin and Martin Scorsese’s Vinyl. Notable TV credit include, Celebrity Apprentice and his recurring role in Entourage. Most recently he finished filming season 2 of his Showtime series Dice.

Dice has also been a busy fella in his personal life. Before Valerie arrived, Andrew Dice Clay was married to first wife, Kathy Swanson. They divorced after two years in 1986.

Then in 1992, he wedded Kathleen “Trini” Monica. They also ended in divorce in 2002. He and Monica welcomed two sons, Maxwell and Dillon, also named Dylan. 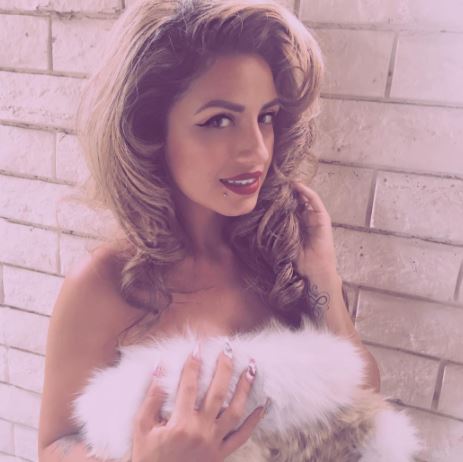 Valerie Vasquez became wife number three on February 14, 2010. The two tied the knot in a ceremony in Las Vegas. Four years later, on March 2014, the couple announced their divorce but oddly decided to stay together. At the time they stated the word ‘marriage’ was putting pressure on the couple but after filing papers, they felt more in loved than ever. 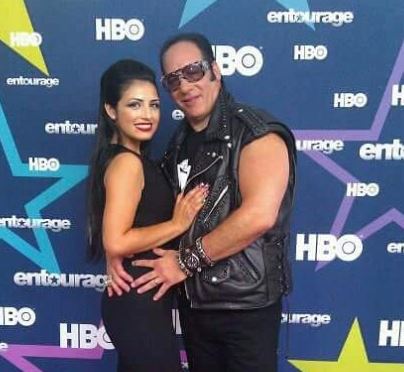 Valerie Vasquez is a makeup and hairstylist, she is 25-years his senior having been born on June 30, 1982. Valerie Vasquez is of Mexican-Italian descent and grew up in New York. After her wedding to Andrew she changed her last name to Silverstein.

Aside from being a makeup artist, she is also an actress and reality TV star. Before her wedding to Andrew she was described as a **** actress, but Clay Dice said in a Tweet she was never a **** star, she only acted that way for him.

Earlier this year, the blonde became the winner of reality series, My Kitchen Rules. Valerie had to cook against celebrities including, Lance Bass and others.

You can check out the lovely, Valerie Vasquez on Twitter here.