Andrea Buera has been identified as the woman who is accusing R&B singer, Trey Songz of domestic abuse. As a result the 34-year-old singer and rapper, has been arrested.

For those who haven’t been following the news, reports surfaced a few days ago about the incident saying Tremaine Aldon Neverson, better known for his stage name as Trey Songz –had been involved in an incident where a woman was his victim.

The alleged fight went down while the two were at a party in Hollywood during the NBA All-Star weekend. According to Buera –who spoke out about the violent episode last week –Songz went crazy on her. She claims he choked and punched her –all because she was talking to another man. 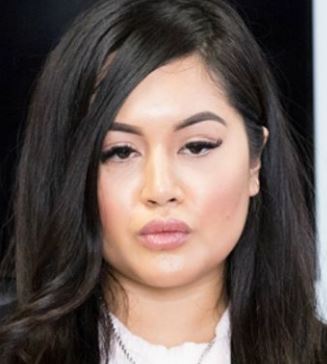 Andrea Buera said on a statement

“While I was on the ground, he continued punching me and did not stop until his security guard pulled him off me.”

According to Buera, she and Songz were an item a while ago and apparently he didn’t like the fact she was talking to one of his friends. The attack didn’t just stopped with the alleged beating, Andrea also says that when she tried to call for an Uber, Trey threw both of her phones away.

Andrea –who has a striking resemblance to Kylie Jenner –says that she suffered a concussion steaming from Trey’s violent behavior. Additionally, the alleged abuse led her to migraines and vomiting. The 27-year-old is being represented by lawyer Lisa Bloom and during a press conference revealed, Songz began the abuse berating her, telling her things like “You want to act like a ho and get with my boy?”

She also added, people watched and did nothing.

Songz denied the whole thing on a Tweet, writing he is being “falsely accused for someone’s personal gain”… He turned himself in this morning to face a felony domestic assault charge. Buera had previously been granted a restraining order against him.

Buera has a profile on Explore Talent, where she describes herself as a model and actress.