Amy Waters Davidson is the proud mother of comedian and TV personality, Pete Davidson –best known for appearing on SNL.

Amy’s son is currently grabbing headlines after he posted a disturbing message on Instagram –implying he was having suicidal thoughts.

Amy and her late husband, Scott Matthew Davidson –had two children together; in addition to Pete, they also welcomed daughter, Casey.

Amy Waters Davidson was left a widow following the tragic death of her firefighter husband Scott –who while on duty during the September 11 attacks. At the time Pete was only 7-years-old. 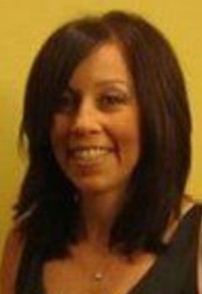 Davidson has been performing stand-up since he was 16 –but his big break came when he appeared on Nick Cannon’s “Wild ‘N Out” The two later went on tour together and co-hosted radio station 92.3 NOW’s morning show, “Rollin With Nick Cannon.”

After that his career took off and went onto appear on SNL’s 40th season premiere. Davidson was named by Variety as one of their Top 10 Comics to Watch for 2014.

A few years ago, Pete put his mother in the limelight after she became the punch line to one of his ***** jokes. However, Amy tweeted words of encouragement and showing she hadn’t taken it personal.

Earlier this year while he wowed the world by getting engaged to Ariana Grande after just one month of dating –it was reported that Amy Waters Davidson had been very ‘nervous’ about their relationship since her son was diagnosed with borderline personality disorder in 2016, and Amy was particularly fearful that if he and Ariana split, he “would become very, very depressed and resort to self-harm.”